Wink: detect a water leak > sound a sounder and notify a user

Water leaks are one of the most costly disasters a homeowner can face, but you can help minimize the headaches they cause.  Use the Wink Hub 2 and some leak sensors and a sounder and the homeowner can be notified before a little leak becomes a total disaster.

In this example we'll use leak sensors and a sounder from Dome.  We assume you have already learned them into the Wink Hub 2.  Wink calls automation routines "Robots".  So let's set up a robot that triggers the sounder and sends a push notification when water is detected.

From the home screen of the Wink app, tap "Robots" on the bottom bar.  Then click "New Robot". 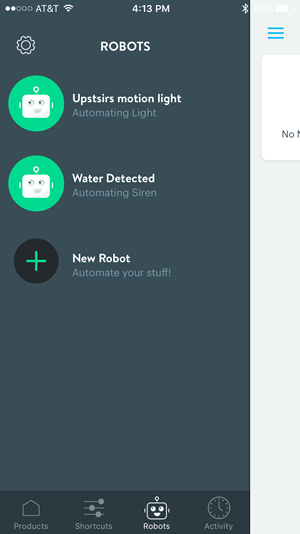 Name your robot and then tap "Something" under "If this Robot Detects". 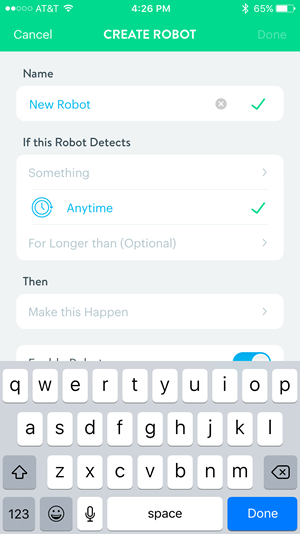 In the next screen, tap "Liquid Sensors".

That will bring up another screen where you can make sure it is set for "Detects Liquid".  (Note: the "Does Not Detect Liquid" option is great for watching for a low water level in an aquarium)
Here you can also set which leak sensor to watch if you have multiple.  Note that you don't have to set up a separate robot for each sensor.
Tap "Save" and it will take you back to the robot screen.

Next tap "Make This Happen" under "Then" and the following screen will appear.  Tap "Send me a notification". 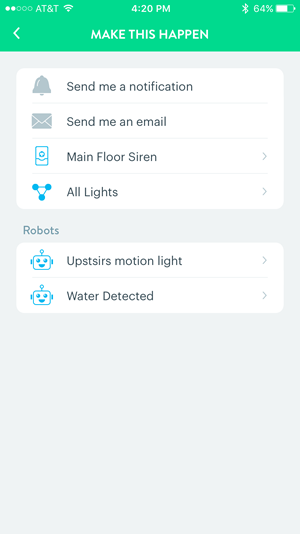 It takes you back a screen, then tap "Make Something Else Happen". 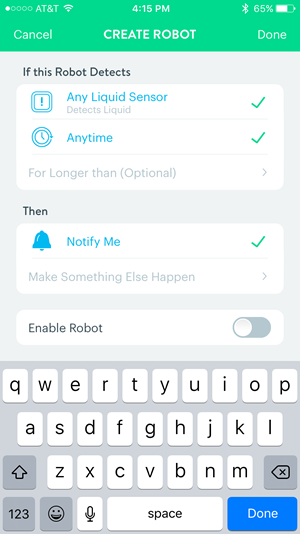 Tap on the name of your siren.

You will see a few options.  The Dome sounder does not have a strobe, so just tap "Siren Only", then the "Save" button. 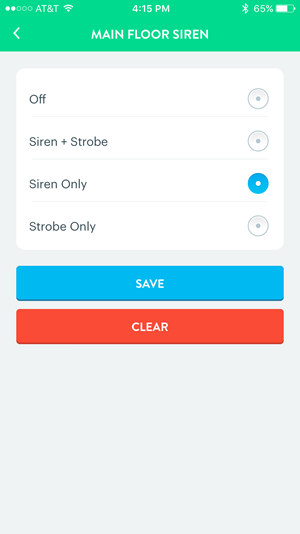 Now just make sure the Enable Robot slider is enabled (slid to the right and blue). 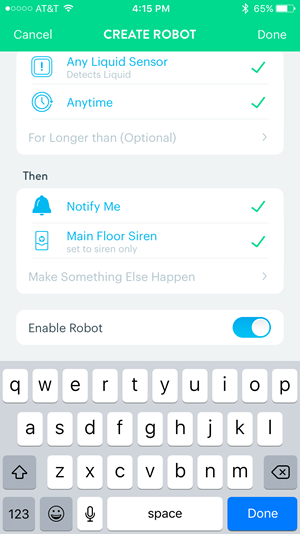 That's it!  When water is detected you'll be notified and the sounder will activate.  You can go to the sensors section of the app to figure out which sensor is tripped.  The sounder will go off for a few minutes.  It can be silenced by going tot eh Sirens area of the app - you will see a red button that will silence it.